So aside from the hush hush projects, I’ve recently picked up a new project on the side that I can talk about 🙂

This project has been started at Nullspace Labs working along with charliex and mmca.

I’ve always wanted an army of loyal robots to follow me around.. what better than a 6 legged crawler!

Here’s a shot of the original design from CAD to real life prototype: It’s crazy to see it come together so quickly.

Now, the prototypes design has several flaws.. For example the joints are very wobbly. So to help this I fit the servo mount into the acrylic body to make a tight fit. Then I brought the boards closer together to decrease the bending at the joints. So with the design slightly improved I’m going to move on to making a much more sturdy base. The base is currently the most wobbly part. Once the base is fixed up I’ll be ready to add the electronics / servo controller. Lots to do, but I figured I’ll give a quick peak at one of the things I’ve been working on. 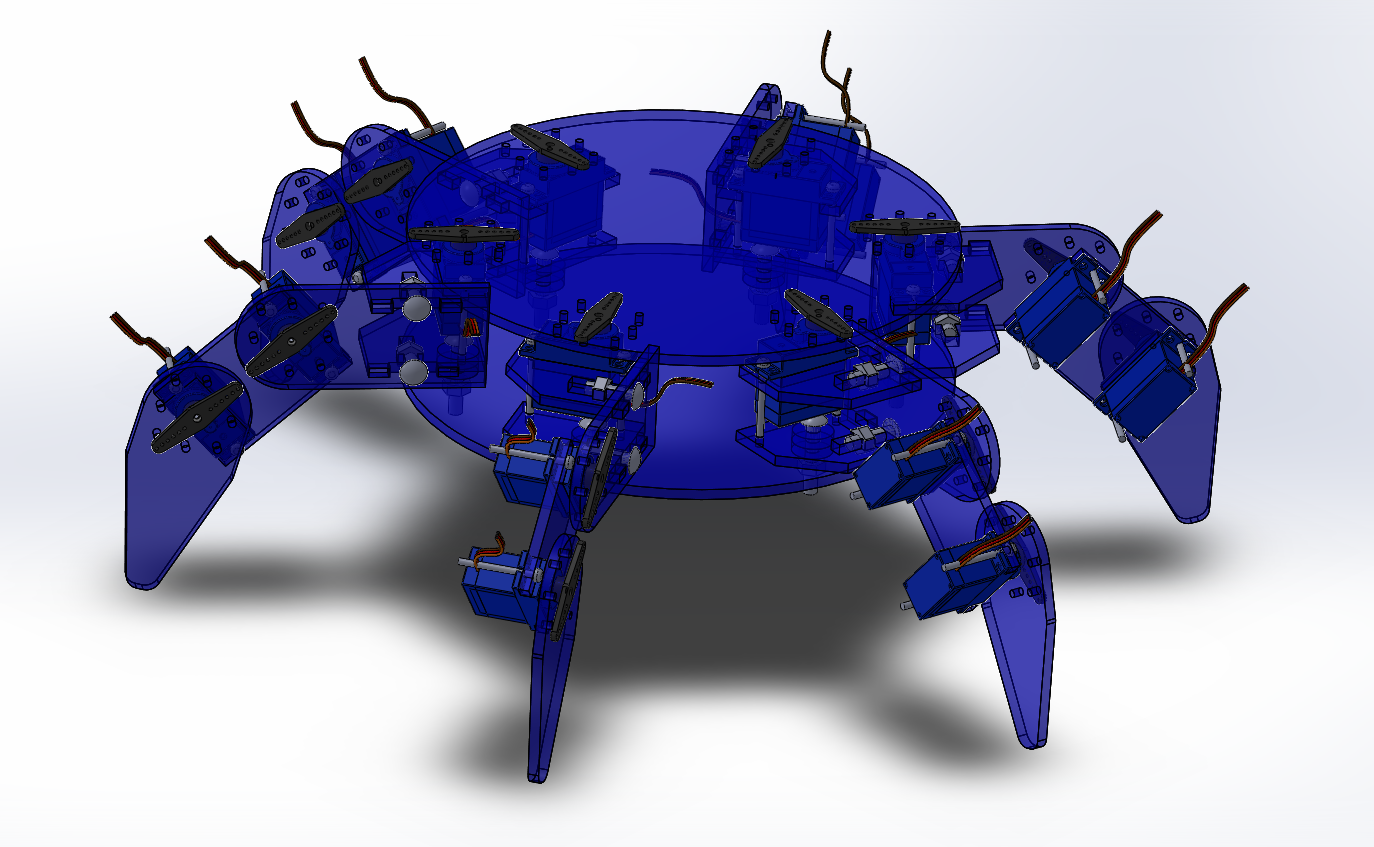